Metin Aksoy, who was born in Yozgat in 1980, studied at primary school in Kadışehri district. He completed secondary school at Çekerek Imam Hatip and Zile Alparslan Secondary School. He started his undergraduate education in the Department of Political Science at the University of Vienna in Austria in 1998. He completed his master's degree in the same department in 2003, with a thesis titled "'Der Dritte Golfkrieg' in Hinblick auf die Regionale und Strategische Bedeutung der Irak" ("Third Gulf War in Terms of the Regional and Strategic Importance of Iraq").  In 2006, he completed his doctorate in International Relations with his thesis titled “Die Türkei auf dem Weg in die EU-Die Beziehungen zwischen der Türkei und Europaeischen Union” (Turkey is on the Road to EU-Turkey and European Union Relations). Between 2006-2007, he conducted academic research in London and studied language at the Stanton School of English. In 2011, he conducted foreign policy-specific research in Austria and Germany for 3 months with a YÖK scholarship.

During his student years, he voluntarily worked as a translator in cases involving immigrant citizens, in schools and in various government offices. He supported the headscarved students who were victimized during the 28 February process to enroll in universities in Vienna and to adapt. He took an active part in the “Freedom to Headscarf in Universities” campaign, which was launched in 2008, in order to ensure that the most basic missions of universities, such as education and training, are provided regardless of thought, religion, belief and attire. He worked to strengthen the National Turkish Students' Union (MTTB), one of the important youth movements of a period, in Konya. He gave lectures in think tanks such as Anatolian Strategic Thinking Academy (ASDA) and Seljuk Academic Thought and Research Center (SADAM), which are accepted by the Ministry of Youth and Sports. Being the chairman of SADAM, Dr. Aksoy also served as an academic advisor to non-university organizations such as the Turkish Imam Hatipliler Foundation (TIMAV).

While continuing his academic studies in Kyrgyzstan, he organized the "Kyrgyzstan-Turkey Hand in Hand" program on MediaManas radio. Organizing many panels and conferences, Dr. Aksoy organized Youth Workshops in Konya in 2016 and a symposium on "International Central Asia Symposium: Migration, Poverty and Identity" in Kyrgyzstan in 2018. He organized student meetings in Central Asia with the participation of ambassadors of other countries, especially ambassadors of Turkey. As the founder of the Academic Unity Platform, he pioneered the statement "Academics Against Terrorism", which was supported by more than 6,000 academics in 2016. After July 15, he gave seminars on "Change in the International System and Turkey" in schools affiliated to the Ministry of National Education and "Turkish Foreign Policy" in dormitories affiliated with the Credit and Hostels Institution.

Speaking German, English, Kyrgyz and Russian, Prof. Dr. Aksoy shares his views with the public through columns and interviews in the national and local media. He also continues his education at the Faculty of Law at the University of Vienna and the Department of Sociology at Anadolu University.

Appointed as the Rector of Selçuk University on June 24, 2020 with the appreciation and approval of our President Mr. Recep Tayyip Erdoğan, Prof. Dr. Aksoy is married with three children. 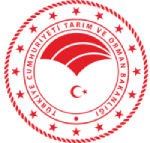